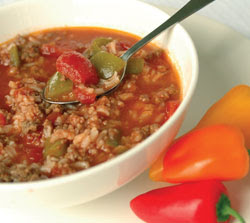 Some days I am just so lazy.  I want good food, fast, and don't want a big mess or do to alot of work to get it.

There was some talk on facebook today and someone mentioned Golumpkis and boy, did that make me want some.  I just so happen to have a huge cabbage head in my frige...so away I went.
Here's what I do...no need to be precise!

In the pressure cooker...
About three cups of your favorite spaghetti sauce.
3 cups water
1 can tomatoes
1 chopped green pepper
1 chopped onion
spices, what'd ya like? garlic, oregano, cinnamon?
2 lbs meat (ground whatever..I like ground sirloin, ground turkey, lamb, or pork or a mixture of them)
Meat setting 20 minutes.
Open and add
3 cups rice
as much cut up cabbage as your pressure cooker can hold.
fill to the fill line with more water if you can fit any...the rice will soak up some water, so you want more.
Cook on rice setting 6 mins.

And there you have it!

Do the same but swap out the cabbage for more green pepper for stuffed pepper soup.  Any pepper type ya like or have on hand.
I love my Wolfgang Puck Pressure Cooker.  I have two of them, for maybe four years now?  Never put them away, use them at least once a week.


You can't beat the flavor of that electric pressure cooker

!   If you don't have one, get one!  It's saved so much take out money for us, when I come home too tired to cook, but the family is starving.  Eveything you cook in it is good!  Corned Beef and Cabbage, Pasta meals, beans, rice and bean, jambalaya, seafood, veggies, corn on the cob, sausage stews, chicken pot pie (yes its in a pot, its not a pie, the pie is chicken pie)  I could go on and on all day with food ideas for the pressure cooker.


Debra Murray has two amazing pressure cooker books on HSN but they are sold out until around August.  They are my go to books. I cooked many of her meals and love them, and also used them as a skeleton for creating my own meals in them.  I love her Buffalo Mac and Cheese, and so do the teenagers!
Watch for it and when it becomes available, buy it asap, it will sell out again!  It's in high demand!  There are two.  Both great books! Both have different things in them I wouldn't want to do without either of them.  Wolfgang's pressure cooker comes with a manual and has recipes included also, some of them are hers.
Hereare a few other books  I have for pressure cooking in the mean time.

Here is another book,
Posted by That's my story and I'm sticking to it, at least for now. at 10:58 AM 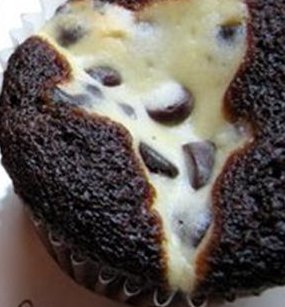